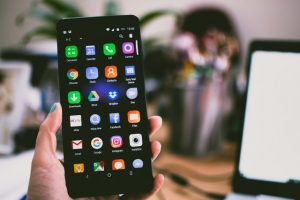 However, with the passage of time, whether root or jailbreak, they have gradually faded out of the daily lives of mainstream users. Nowadays, almost no one cares about whether or not a mobile phone can be Rooted. There used to be lively forums of all sizes, but they are gradually becoming more and more interesting. Today in 2021, many mobile enthusiasts, including me, will still regard whether the mobile phone can be rooted as an important reference standard for purchasing mobile phones. This approach may seem a little weird right now, but it is not incomprehensible.

The meaning of “Root”:

“Root” directly means “root”. In simple terms, a device that has obtained Root authority is basically equivalent to mastering the highest management power of the mobile phone system. The original restrictions on the system no longer exist, and the user can control the system. The most thorough revision. Precisely because of this, no matter on mobile phones or computers, system manufacturers will not easily hand over this right to users. In the early days of the smartphone era, the Android market was in a stage of barbaric growth, with simple designs, imperfect functions, and poor ease of use. Compared to the iOS next door, the biggest advantage of Android at that time is estimated to be open source and free. After Android quickly seized the market, mobile phone manufacturers other than Apple basically only had Android as an option. The system is not easy to use, but it is extremely open, which creates a tossing soil for private developers.

Make the phone run more smoothly. In the era when the hardware configuration is not so luxurious, Root+ deletes the pre-installed App is indeed an effective means to enhance the mobile phone experience. In addition, in the era of computers, obtaining Root permissions is only one of the methods. The crotch of native Android has directly spawned a large number of third-party firmware created by private masters.

Strictly speaking, roots and flashing are not the same things, and they are not even directly related. However, in many cases, third-party ROMs will directly provide Root permissions, and the Root process of some mobile phones needs to be flashed into the third-party Recovery. This leads to Root and refreshing are often closely linked. On the one hand, the deeply customized third-party system allows users to obtain richer functions and a better experience; on the other hand, the customized system integrated wallet, application store, browser, and other system applications also provide mobile phone manufacturers with new profits. channel.

Therefore, we can see that when various mobile phone customization systems have become more complete and the domestic market pattern has stabilized, mobile phone manufacturers have begun to try to make more profits by enhancing the closedness of mobile phone systems and the beautiful name is “Building an Ecology”. In 2019, Lei Technology conducted an open comparison test of Android customization system, and found that domestic customization systems are using various means to compress user autonomy, including but not limited to restricting the installation of applications through third-party channels (hijacking to official applications) Stores, virus/security scans, threats, requests to enter system account passwords, etc.), it is forbidden to replace the official desktop launcher.

In this case, removing the BL lock, rooting, and even flashing will of course become something that mobile phone manufacturers hate because it will affect their real interests.  OnePlus’s attitude towards unlocking, rooting, and flashing is that it does not encourage or restrict it. Users can toss themselves through the tools. These operations will not affect the warranty, but the official does not provide direct support. As a brand for high-end users and enthusiasts, it’s not difficult to understand OnePlus’s tolerant attitude towards the party. After all, this is their basic drive. However, OnePlus’s customized system is known for its simplicity and provides relatively few services. It strictly limits users not only to arouse dissatisfaction and dissatisfaction but also cannot bring themselves economic benefits.

Xiaomi officially provides Root service, but there are many restrictions: the MIUI version of the device needs to be the development version, the mobile phone needs to be unlocked first, and the root permissions are incomplete. To unlock Xiaomi mobile phones, you must apply on a special website. After approval, you need to connect to the mobile phone through a data cable and operate the corresponding unlocking software on the computer to complete. Root permission can be turned on in the security center, but every time you authorize an application, there will be a series of warnings that cannot be skipped, and the authorization can be successful after confirming one by one. Moreover, even if the official Root permission of Xiaomi is obtained, the system partition will not be unlocked. If users want to obtain full permissions, they have to use other software or simply use a third-party root tool similar to Magisk.

Why do I still want to Root?

It needs to be admitted that most of the customized systems are indeed very complete at the functional level. Many features that need to be implemented after Root in the past can now be directly enjoyed. However, the great autonomy that users can master after rooting mobile phones cannot be directly given by these customized systems. To put it more directly, in many cases, the interests of manufacturers and users are not the same or even opposed. In this case, autonomy becomes particularly important.

For example, after the phone is rooted, you can directly uninstall unused or unused system applications such as wallets, and the desktop, icons, and even the UI interface can also be changed to the style you want. In addition, mobile phones now basically have temperature control and overheating frequency reduction mechanisms. The original intention of manufacturers may be to protect the safety of mobile phone CPUs and other components or to prevent brands from being labeled as heating and poor battery life. If the user obtains the Root permission, he can choose to delete the temperature control, or even directly fix the operating frequency of the CPU to prevent frequency reduction.