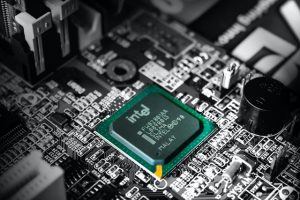 “It’s fun to play, and things are done beautifully.” Just look at the slogan of Apple’s M1 Mac laptop. Apple is still full of confidence in the gaming performance of the M1 chip. Since Apple itself thinks that the M1 chip can be “played”, the question is, how is its current game performance? I believe that fans who love to play are generally very concerned. Next, I will compare Apple M1 computers with Intel computers Windows 10.

Let’s first take the Steam gaming platform, which is generally liked by players all over the world. Open the official Steam website, you can clearly find that there are more PC games that support Intel computers. However, compared with Apple, the number of games Apple can currently support is still far away. PC game performance comparison: Intel computers can be equipped with a powerful independent display, this Apple M1 computer can’t compare. Comparing with Intel’s 11th-generation thin and light notebooks, Apple M1 and Intel computers will win each other. In all fairness, the Apple M1 computer has indeed been able to help users play a lot of games. On Intel’s side, because the 11th-generation mobile processors are equipped with a new generation of architecture graphics cards, thin and light notebooks that focus on productivity have relatively good gaming performance.

Take the game “GTA 5” as an example. In 1080P/medium image quality, the Xe architecture core graphics card equipped with Intel’s 11th generation mobile processors can reach an average frame of 43 frames. Intel’s new generation of thin and light can have such a performance, it is indeed very good. Of course, the performance of Xe architecture HD graphics is only the lower limit of Intel’s new generation of thin and light notebooks. Don’t forget, Intel notebooks can be used with discrete graphics cards.

Among them, ASUS Tianxuan Air has a core combination of Core i7-11370H and RTX3060 graphics card. The game performance is very good, and it is no longer a problem to play today’s popular games. And this thin and light game also has the blessing of a 165Hz professional gaming display, which can provide players with pleasing game picture quality. After all, the x86 architecture has an open ecosystem and common standards for more than 40 years. Under the Windows system, Intel can unite with NVIDIA and other vendors to make Intel computers a game weapon. We all know that the Android emulator under Win10 is already very powerful, so playing a mobile game on an Intel computer is nothing at all. The simulator experience under Windows 10 is already very good. What’s more tempting is that various gamepads can be installed under Windows 10, and the operating experience will be even higher. On the other hand, Apple’s M1 computer, due to the serious lack of adaptation, many games can only use the mouse to click and click, the keyboard does not support it at all.

At present, many of Intel’s new generation of thin and light notebooks are equipped with Thunderbolt 4 interfaces, and the data throughput will be four times that of USB 3. The latest Thunderbolt 4 includes the most commonly used extended functions such as video, audio, storage, and network transmission. Users only need to purchase one or more Thunderbolt 4 docking stations separately to achieve rich expansion functions. For example, an external monitor, an external mobile hard disk, an external keyboard, and mouse, charging a PC, and so on. You can imagine a scenario where Intel’s thin and light notebooks can be taken out of the office during the day, and when they go home at night, they can be connected to the powerful Thunderbolt 4 external graphics card docking station to achieve powerful gaming performance or professional image performance. This can be said to be too strong, strong enough to be comparable to a desktop computer with first-class performance. Such a wonderful new PC experience is not only the charm of Thunderbolt 4 but also the charm of Intel’s new generation of thin and light notebooks.

In contrast, the Apple M1 computer, although it also supports Thunderbolt 4, theoretically can also support the graphics card docking station, but at present, this is only theoretical, and it is still unknown how long it will be realized in the future. Today’s games are generally very large and take up hard disk space. Therefore, for gamers, large-capacity hard disks are undoubtedly indispensable. The internal memory and hard disk of the Apple M1 computer are welded down, and users cannot upgrade by themselves. If you want more storage space, you can only do it in one step at the time of purchase. And, according to Apple’s official website, the hard drive can only be installed up to a capacity of 2TB. In contrast, Intel computers (Win10 system) can generally be upgraded freely. It is easy to change to larger memory and install a larger hard disk.

Although the launch of the Apple M1 chip provides consumers with new choices, for users with certain gaming needs, Intel computers are still a better choice, with excellent computing performance, rich scalability, and cutting-edge performance and excellent stability are advantages that players value very much.