Compared with smartphones, the tablet PC market looks lifeless. Face recognition, multi-camera, glass back cover, fingerprint recognition under the screen, any seemingly updated features are the first to be applied on mobile phones, and it is difficult for tablet products to gain a high degree of attention. Of course, this is related to the sales of tablet computers. For the whole year of 2020, China’s tablet computer market shipments will only be 23.4 million units, which is less than a fraction of smartphones.

As Apple is involved in more and more supply chain companies, Apple’s new product confidentiality is getting worse and worse. Whether it’s iPhone, iPad, Mac, Apple Watch, Apple’s new products will be revealed little by little before they go on the market. , And Apple’s final product is also similar to the product circulating in the market. To a certain extent, compared with the absolute confidentiality effect in the past, Apple is now “spreading” a little bit of information about new products, but it allows the outside world to maintain continuous attention to Apple, such as Huawei, Samsung, Xiaomi, Vivo, OPPO, etc. The new products of the manufacturer will also be revealed a little bit before the release, and then let the audience guess.

It can be seen that the 2020 iPad Pro is a big improvement compared to the previous generation. And before the press conference, Apple also put forward a seemingly exaggerated propaganda slogan, “Why is your next computer a computer”, which increased the outside world’s expectations for the 2020 iPad Pro. And when the product finally came out, it lived up to expectations. The new iPad Pro equipped with the Magic Keyboard has made the fans unavoidable.

The 2020 iPad Pro is amazing enough. Will there be something new in the 2021 iPad Pro? Recently, Apple’s new iPad Pro configuration has been exposed by the media again. In terms of appearance, it may be similar to the previous generation product. After all, the sales volume of tablet computers is not as good as that of iPhone. If Apple wants to innovate and make breakthroughs in the appearance of the iPad, all suppliers in the upstream industry chain will make changes, including processes and assembly, which need to be redesigned. In recent years, Apple’s style has become more and more conservative. The first thing it must ensure is that there are no major mistakes. Therefore, there is no need to take risks in appearance. In case of a poor reputation, it is easy to smash Apple’s signature. 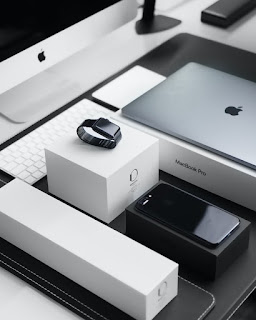 In addition, the new iPad Pro may also support 5G below 6GHz and mmWave networks. The new iPad Pro may also provide the A14X Bionic processor with 6GB of memory, which is an Apple self-developed chip manufactured on TSMC’s 5nm process. Compared with the previous generation processor, the GPU performance of the A14X Bionic processor has increased by 26%. However, it may also be an M1 processor. The new iPad Pro with Apple’s blessing will inevitably be loved by fruit fans, but there is new news in the tablet market. Xiaomi CEO Lei Jun recently stated in a face-to-face discussion with Mi Fan Group members that Xiaomi has restarted the Xiaomi tablet business and new products will be released this year.

Why is Xiaomi regaining its tablet product line?

First, due to the impact of the epidemic and the promotion of education, the tablet computer market has ushered in new growth. IDC data shows that in 2020, the cumulative global tablet PC shipments were 164.1 million units, an increase of 13.6% year on year. In 2020, China’s cumulative shipments of tablet PCs will be 23.4 million units, a year-on-year increase of 4.3%. As the number one in the tablet PC market, Apple has also achieved good results in the tablet PC market. Apple’s 2021 fiscal first-quarter performance report shows that revenue from iPad was $8.435 billion, an increase of 41% year on year.

IDC data shows that the top four manufacturers in China’s tablet computer market in 2020 are Apple, Huawei, Lenovo, and Microsoft. Although Xiaomi has not gained a place in the tablet market, Xiaomi itself has a relatively large base of brand reputation users in China. Some users are particularly keen on Xiaomi products. In addition to mobile phones, Xiaomi’s desk lamps, sockets, sweepers, etc. have all won a very good reputation. Therefore, Xiaomi’s regaining of the tablet computer market does not necessarily mean that it has no chance. According to IDC’s data, the fourth-ranked Microsoft will only ship 700,000 units in the Chinese tablet market in 2020, and it is not difficult for Xiaomi to squeeze into the list.

Some people may think that tablet computers are Apple’s world. In 2020, Apple’s market share in China’s tablet computer market is 39.8%, and it has an absolute leading position. In the global market, Apple’s market share is also as high as 32.5%, far surpassing brands such as Samsung, Huawei, and Lenovo. But for some users, the price of the iPad is relatively high, and some users need more cost-effective products, such as around 1,000 yuan. In this case, Xiaomi can win this market. Although the innovation in the tablet computer industry is much smaller than that in the smartphone industry, the 2020 iPad Pro + magic keyboard combination still allows the outside world to see the vitality of the tablet computer market. Whether it is the new iPad Pro or Xiaomi’s tablet, it is worth looking forward to.