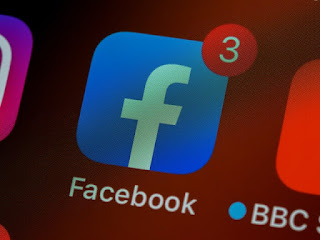 In February, the Australian government passed a bill that would force Google and Facebook to pay news publishers, foreign media reported. Now, the same story may have to be told in another part of the Pacific Ocean. Kevin Chan, Facebook’s Policy Officer for Canada, is understood to have told a parliamentary committee on Monday local time that any law that forces Facebook to pay publishers to share news content on its platform fundamentally breaks the premise of free and open Internet operations. When asked if he thought Facebook was doing what it did in Australia – removing the news was a fair negotiating tactic.

Facebook and Google’s fears that Australia will set a precedent seem to be about to become a reality. Culture Minister Steven Guilbeault, who is in charge of media and communications in Canada, promised in February that he would introduce a bill similar to the one introduced by the Australian government to the Canadian Parliament. Guilbeault said the bill would be introduced soon. Canadian Prime Minister Justin Trudeau also pledged in February to “coordinate efforts” with Australian Prime Minister Scott Morrison to pressure big technology companies to pay for content on their platforms. It follows a tumultuous few months for Australia. Google has threatened to pull the search out of Australia entirely while the Australian government is considering legislation to legislate for a media bargaining bill. Facebook then abruptly removed links to news stories, brand pages, and news sites from its Australian platform. News resumed after five days of negotiations between Facebook and the Australian government. The bill later became law, with Google and Facebook both signing major agreements with major Australian publishers.

Defending Facebook’s contribution to journalism, Chan referred to the Canadian Press Fellowship, a project in which Facebook invested $1 million and created 10 new jobs that were posted to news agencies. He said Facebook would invest ante of another $8m in journalism scholarships over the next three years and $18m in Canadian journalism over the past six years. In addition, Chan points out that Facebook’s traffic is an asset to publishers, and that the number of clicks users bring from Facebook to news sites each year can create hundreds of millions of dollars worth for the Canadian news industry.