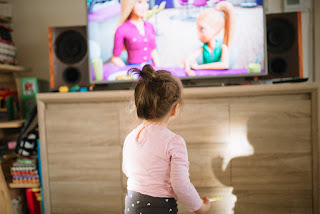 At the end of May 2021, the American online retail giant Amazon announced that it would acquire the famous Hollywood film company MGM (Metro-Goldwyn-Mayer) for $8.45 billion. This is the second-largest acquisition in Amazon’s history, second only to the $13.7 billion acquisition of Whole Foods in 2017.

Founded in 1995, Amazon is located in Seattle, Washington, USA. It started with online book sales. It has become the world’s second-largest Internet company and online retailer with the most product categories. MGM Films was founded in 1924 and is quite famous in Hollywood. Its products include “Gone with the Wind”, “Song in the Rain”, “The Handmaid’s Tale”, etc., and created a series of popular IPs such as 007, Cat, and Mouse.

The Oscars were originally proposed by MGM, and its films have won the award 170 times. In the context of a tug-of-war with streaming media platforms such as Netflix, this acquisition is also a continuation of Amazon’s streaming media strategy, which is to directly acquire large assets in the entertainment and sports fields.

According to a US media CNBC report, Mike Hopkins, senior vice president of Amazon’s Prime Video and Amazon Studios, said, “Behind this transaction, the real financial value lies in the treasures of many IPs. We plan to work with the MGM team to reimagine and develop These in-depth IP lists. This is very exciting and can provide Amazon with many opportunities to create high-quality content and tell good stories.” 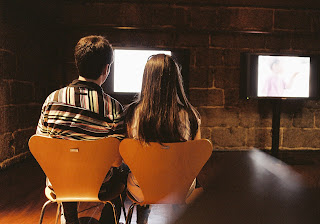 Prior to this, in order to expand streaming media users, Amazon has taken major steps forward by acquiring sports copyrights. In 2017, Amazon signed a broadcast rights contract for the NFL Thursday night game of the season for $50 million and won the 5-year exclusive media rights of the U.S. Open in the UK for $40 million. It also obtained the rights to broadcast important ATP events. In the same year, Amazon was granted the right to shoot and produce a documentary about the Manchester City Club for a price of no less than US$10 million.

In 2018, Amazon won the Premier League broadcast rights for the first time. It’s Prime Video members can watch 20 games for free each season. In 2019, Amazon and the International Women’s Tennis Association (WTA) reached a four-year agreement to exclusively broadcast the event in the UK and Ireland. At the beginning of 2020, Amazon stated that it has obtained the right to broadcast top European football matches in Germany in the 2021-2022 season and has renewed its contract with the NFL. In the spring of 2021, Amazon once again reached a cooperation with the NFL, with an annual price of 1 billion US dollars, won the exclusive broadcast rights from the beginning of the 2023 season to the 2033 season NFL Thursday game day.

It is reported that Amazon, step by step, is still negotiating the broadcasting rights of the Indian Cricket Premier League (IPL) recently. It is estimated that the 2020 cricket tournament has about 405 million spectators. In addition to Amazon, other streaming media platforms have also resorted to broadcasting sports events to expand their users. In early 2021, ViacomCBS changed the name of CBS All Access to Paramount+ and began to promote its streaming services worldwide. ViacomCBS is a joint company formed by Viacom and CBS in 2019. It has the largest TV audience share in the United States and has a huge TV and movie library. The famous films of Paramount Pictures under Viacom include “Forrest Gump”, “The Godfather”, “Mission Impossible”, “Titanic” and so on.

At present, the veteran company is using its sports broadcasting rights, especially football, to increase Paramount+ streaming audiences. According to a report by the US media Front Office Sports, Paramount+ has not only obtained the rights to broadcast UEFA in the United States, but also broadcast the NFL, PGA Tour, NCAA, NWSL, and many other events. In the first quarter of 2021, Viacom CBS added 6 million streaming media users to 36 million. Streaming media revenue increased by 65% ​​year-on-year to US$816 million. In addition, driven by the “Super Bowl” event, TV advertising revenue in the quarter jumped to US$1.8 billion, an increase of 40% year on year.