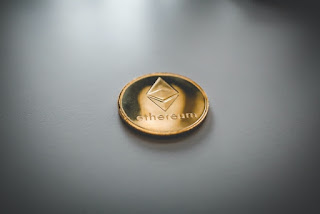 Bitcoin and Dogecoin both hit record highs in April, and it seems that it will be Ethereum’s turn in May. In the Asian trading on Monday (May 3), Ethereum broke through the $3,000 mark and once again set a record high. There are multiple catalysts behind the rise of Ethereum. For example, the “London” hard fork, the reform of the Ethereum fee structure, and the upcoming Ethereum 2.0.

The analysis pointed out that Ethereum 2.0 can solve some of the current shortcomings. For example, Ethereum 2.0 will gradually solve transaction congestion and high transaction fees, and the currency issuance mechanism will lead to deflation, future Ethereum mining may stop, and the development prospects brought about by technology upgrades will make the price of Ethereum tokens also It has risen steadily and has been optimistic about the long-term.

Ryan Watkins, a senior research analyst at crypto analysis company Messari, also said that once Eth2.0 and PoS are completed, Ethereum may replace Bitcoin as the largest crypto asset. The soaring price of Ethereum has attracted the attention of some institutional investors. Simon Peters, a market analyst at the eToro community trading platform, told Cointelegraph that the popularity and success of the Defi (Decentralized Finance) platform and other Ethereum-driven applications are pushing institutional investors to increase Ethereum’s Exposure.

Recently, JPMorgan Chase stated in a report that the higher transaction volume on the public ETH blockchain means that significantly more of these tokens can be considered highly liquid, which further weakens futures liquidation. Xiao Mo believes that, combined with the continued growth of Defi and other components of the Ethereum economy, this shows that Ethereum’s technology has more development potential than Bitcoin’s technology. 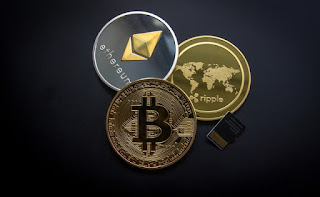 According to data from the tracking company CoinGecko, as the largest digital currency, Bitcoin currently accounts for about 46% of the total market value of cryptocurrencies, down from about 70% at the beginning of the year. The second-ranked Ethereum has a share of 15%, while the total share of some other top-ranked cryptocurrencies has doubled to 36%.

Although Bitcoin is still the largest cryptocurrency by market capitalization, other cryptocurrencies are catching up quickly. For example, Ether, after quadrupling this year, exceeded $3,000 for the first time on Monday. Proponents of cryptocurrency believe that investors are becoming more comfortable with a variety of tokens, while critics believe that the industry may be in a frenzy. Edward Moya, the senior market analyst at Oanda, wrote in a report last Friday that Ethereum is on the rise and nothing seems to hinder its development.

The current market share distribution also reflects the April reshuffle of the cryptocurrency sector. After falling from a record high of $64,895 in mid-April, Bitcoin has not yet recovered its lost ground.