In February of this year, the US Biden government requested the Federal Court to suspend the ban on TikTok’s overseas version of TikTok and plan to review its potential security threats. According to relevant sources, the Biden administration has shelved indefinitely a plan to sell TikTok to US investors and is reviewing data security and methods to prevent US user information collected by TikTok from being obtained by the Chinese government, but it will not take it immediately. Prior to this, the TikTok ban in the United States has been pending. US giants such as Microsoft, Oracle, and Wal-Mart have all reported that they will acquire TikTok’s business in the United States, but they all stopped in the end. The fate of TikTok has become an unknown.

Now that the Biden administration has suspended TikTok’s ban in the United States, this is undoubtedly a major benefit for TikTok, which was in the crisis of being forced to withdraw from the US market. Under this policy, TikTok can continue its business in the United States, which relieves the worries about the further commercialization of Bytedance’s overseas business. The Biden administration’s choice to suspend the ban on TikTok can be regarded as a consideration of easing Sino-US relations on the one hand, and can also be understood as concerns about the huge number of TikTok users.

TikTok’s litigation file submitted to the court last year mentioned that the number of TikTok US monthly active users exceeds 100 million, accounting for about one-third of the total population of the United States, and the number of daily active users exceeds 50 million. After Trump issued a ban on TikTok on the grounds of endangering the national security of the United States, Forbes published a public opinion survey, which showed that 33% of American adults were opposed, higher than 29% who agreed. Among them, 52% of 18 to 29-year-old adults oppose the ban, which is the age group that opposes the ban most strongly. TikTok’s continued high popularity overseas also provides a basis for the further commercialization of Bytedance. According to data from Sensor Tower, a mobile market analysis company, in May this year, Douyin and its overseas version of TikTok had more than 80 million downloads in non-China regions, and it continued to top the global non-game APP download list. Among them, TikTok downloads accounted for 88%. 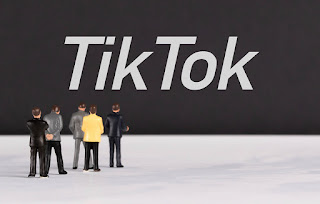 ByteDance’s commercialization ambitions go far beyond further excavation in advertising revenue. Since the end of last year, Bytedance has started to move frequently in overseas e-commerce businesses. In October 2020, TikTok first announced a new global partnership with Shopify, a well-known Canadian e-commerce platform, to provide TikTok merchandise purchase channels for Shopify merchants in the United States to import traffic. After that, it cooperated with Wal-Mart and tried live streaming overseas for the first time. At the beginning of February this year, TikTok opened the shopping cart function of the live studio in Indonesia. It is reported that the TikTok e-commerce expansion project TikTok Shop, which is similar to the TikTok store, is also in preparation, and the “Seller University” is launched for Indonesian sellers to help sellers learn to do business on TikTok.

For TikTok, to accelerate the expansion of the e-commerce business, there are also political considerations. The Biden administration is currently only suspending the ban on TikTok’s business in the United States. When there is no clear legally binding document announcing that the previous Trump administration’s ban is invalid, TikTok still hangs the sword of Damocles on his head. TikTok can strengthen TikTok’s position in the US market by expanding its e-commerce business and adding more employment opportunities and income to the United States. In the context of slowing global traffic, it has become the consensus of major international social networking sites to expand the commercialization of traffic monetization methods.

In addition to the advertising business, the e-commerce business has also become a new focus of contention. Last year, Facebook and its social app Instagram launched online shopping channels and shopping functions respectively. TikTok, which also has an e-commerce track, will also compete with Facebook in addition to its advertising business. Last year, Facebook’s advertising revenue was about 84.2 billion U.S. dollars, and Google’s was about 146.9 billion U.S. dollars. Compared with these two advertising giants, Bytedance’s advertising revenue of more than US$4 million pales in comparison. If TikTok can rely on its. With the advantages of emerging users and huge traffic, the deployment of e-commerce business is an opportunity for overtaking on a curve.

However, TikTok’s overseas live streaming e-commerce business has not made much splash. The live broadcast that is popular in China is a bit cold in the United States on the other side of the ocean. Before Christmas last year, Wal-Mart opened a live room to sell goods on TikTok for the first time, and only 10,000 people watched it within an hour. In this regard, Russell Grandinetti, head of Amazon’s international retail business, said that consumers have different needs at different times, and sometimes they just want to quickly buy things at a good price, and there is no time to go to the Internet celebrity market.

The prolonged home quarantine caused by the previous epidemic has changed the consumption habits of many overseas consumers, and their dependence on offline physical stores has gradually shifted to online. At present, the epidemic situation in some overseas areas such as India and Southeast Asia is still repeating, and these areas have always been TikTok’s important markets. There are still many things to look forward to for TikTok’s e-commerce business in the future.